Annnnd…we’re back from our summer holiday.

It’s taken a bit of getting used to – Kos was relentlessly warm, sunny and delightful, it’s hard to believe how cool and wet it is back at home. Apparently you had a month’s worth of rain in 24 hours? Sorry to hear that. 😦 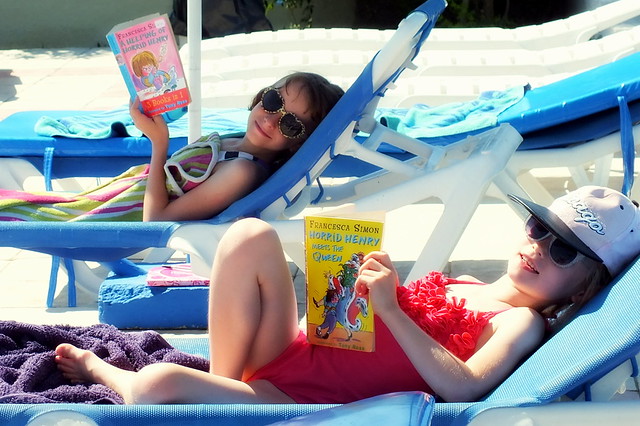 I’ve uploaded 70-odd photos of our holiday to Flickr. There won’t be a test or anything, so you don’t have to look at them, just, y’know, if you feel like it.

Kos was so beautiful and warm and friendly and just…just everything I want from a holiday. Our hotel, Tigaki’s Star, was clean and quiet, the staff helpful but unobtrusive, the sea crystal clear, the sand glittered as though made of gemstones, the sky endlessly blue, the food delicious…

We spent roughly four days round the hotel pool: me, the Lovely Melanie, the girls and my mum and dad; four days spent reading and lounging and sleeping and swimming and eating.

The girls – especially Amber – spent most of their time in the pool: hours and hours and hours swimming, splashing, laughing, jumping in, diving to the bottom, holding their breath, doing handstands, playing with inflatables.

They spent literally half their day in that pool! 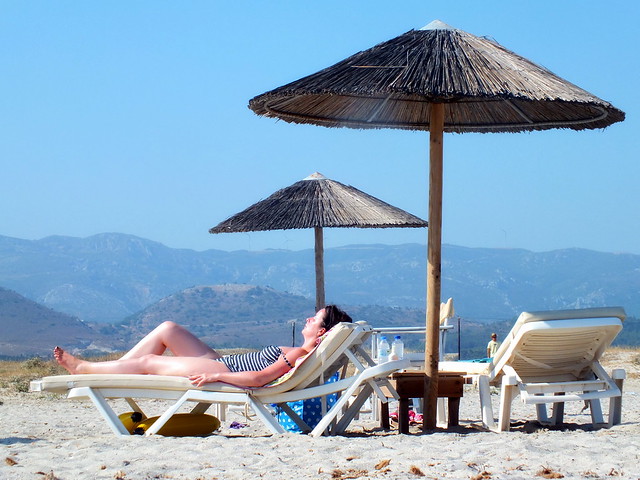 But we also visited the main beach at Tigaki a 20-minute walk away; that was a bit hot and crowded. Fortunately, we discovered another cooler, quieter one just four minutes away. Probably one of the nicest beaches I’ve ever visited. 🙂

There was a day at a water park, a visit to Kos Town, a trip into the hills one evening to see the sunset – which never failed to amaze, but were amazing-squared seen from a restaurant in the hills.

Thanks to the people of Kos for making our stay so lovely. Before we left the UK we heard a lot of negative things about Greece at the moment, both from individuals and in the media. Preferring to make our own minds up we went anyway, which was unquestionably the right thing to do.

Greece may have its problems, but the Greek people are not one of them. 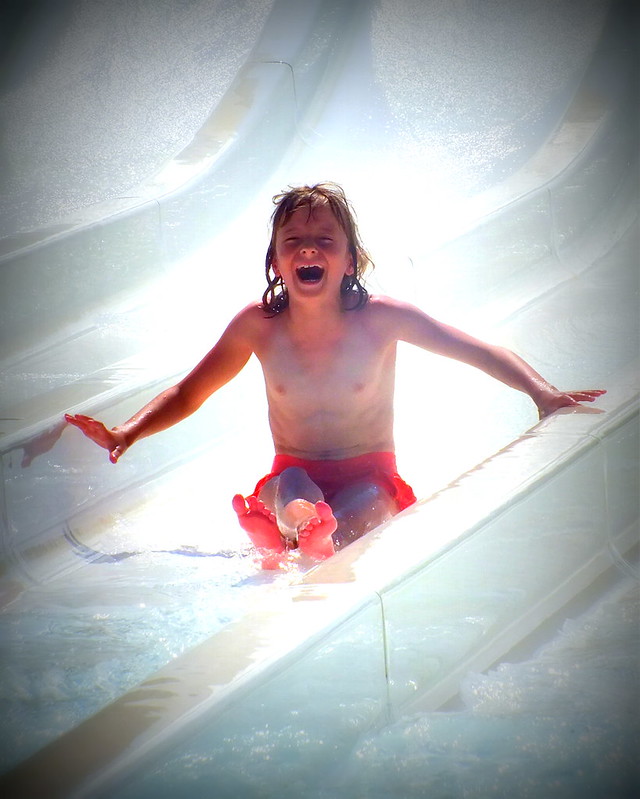 Thank you all for turning a minor holiday drama into an upbeat, positive story. 🙂

It’s back to work now but feeling so much better than a week ago. Not only physically refreshed but mentally refreshed and full of positivity.

Hopefully I can hold onto this positive energy and use it to do some good. 🙂